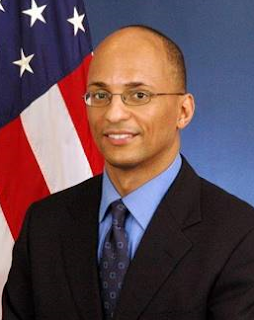 Jones will be the only Senate Democrat to have an African-American chief of staff once Gresham comes on board. Two Senate Republicans, Sens. Tim Scott of South Carolina and Jerry Moran of Kansas, have black chiefs of staff.

Gresham previously served as assistant secretary for government affairs at the Department of Transportation, and before that was chief of staff to then-Rep. Artur Davis (D-Ala.). A graduate of Georgetown University, Gresham is an Alabama native: A tweet Tuesday by Rep. Terri Sewell (D-Ala.) referred to him as "Birmingham's own stand out."

Jones has made hiring a diverse staff a priority since he staged an upset win over Republican Roy Moore in last month's special Senate election in Alabama.