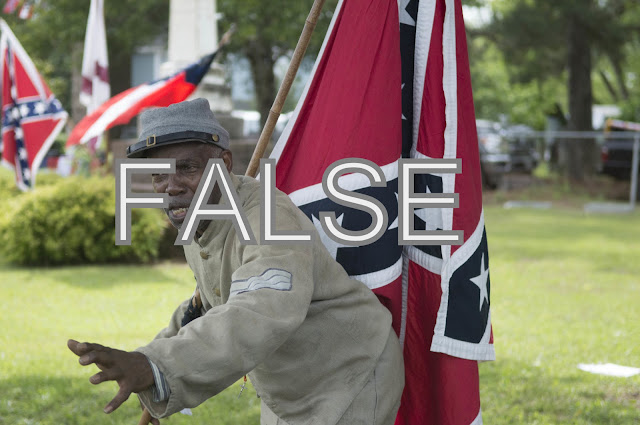 Two South Carolina lawmakers want to erect a monument on the State House grounds to African-Americans who served the state as Confederate soldiers. But records show the state never accepted nor recognized armed African-American soldiers during the Civil War.

“In all my years of research, I can say I have seen no documentation of black South Carolina soldiers fighting for the Confederacy,” said Walter Edgar, who for 32 years was director of the University of South Carolina’s Institute for Southern Studies and is author of “South Carolina: A History.”

“In fact, when secession came, the state turned down free (blacks) who wanted to volunteer because they didn’t want armed persons of color,” he said.

Pension records gleaned from the S.C. Department of History and Archives show no black Confederate soldiers received payment for combat service. And of the more than 300 blacks who did receive pensions after they were allowed in 1923, all served as body servants or cooks, the records show.

Confederate law prohibited blacks from bearing arms in the war, records show, until that edict was repealed in 1865 at the very end of the conflict.

That repeal resulted in a handful of African-American units in states such as Virginia and Texas. But there were none in South Carolina, which prohibited African-Americans from carrying guns in the state’s service throughout the war for fear of insurrection, according to the archives.

Read more: A monument to SC’s black Confederate soldiers? None fought for the South, experts say

true they did fight for the south figures more yankee bull ,, kinda like the civil war was all about slavery get over yourself ... no it wasent .. if that was true then everyone in the western parts of the states would have owned them when only the farmers really did .... its kinda like saying yankees are all herion addicts same stupidity ... you would not have mountain men and others that did not own slaves or believe in them fighting for the south .. it was about votes and a voice in government which the north refused to give us ....