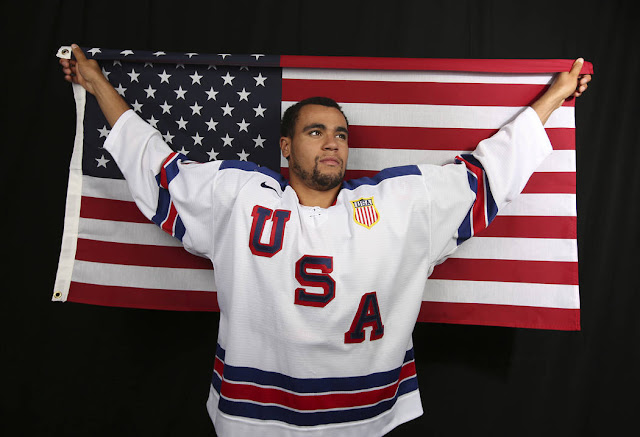 Greenway is set to break a 98-year-old color barrier that lasted 23 Olympic cycles.

“It’s special. There’s not a ton of African-Americans who play this game. I think you see more white people playing the game,” Greenway told ESPN at the Winter Classic on Monday. “So this gives me a chance to influence kids who have my skin color. To have them try out different things. To have them not stick to the stereotypes of what sports they’re supposed to play.”

Greenway was a second-round pick (No. 50 overall) by Minnesota in 2015 and could have signed with the Wild in the offseason. Instead, he returned to Boston University with hopes of making the Olympic team.

The 20-year-old from Canton, New York, is the second-youngest player on the U.S. team, which is comprised primarily of players from the American Hockey League and European leagues. Greenway is one of four college players.

The 6-foot-6-inch, 227-pound Greenway has seven goals and 17 points in 19 games this season with Boston University.