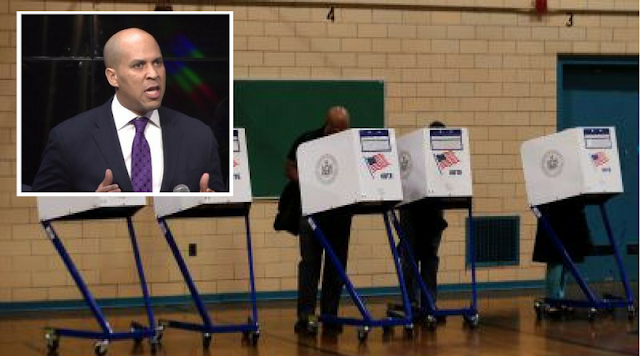 Washington, DC – U.S. Sen. Cory Booker (D-NJ), who has led the fight against the Trump voter fraud commission in the Senate issued the following statement after President Trump dissolved the Presidential Advisory Commission on Election Integrity:

“Trump's Voter Fraud Commission was an offense, based on a lie, blatantly seeking to suppress votes. I introduced a bill to disband the commission. I am so glad it is no longer necessary. Now that this step backwards was stopped, let's restore the Voting Rights Act.”

In July, Booker introduced bicameral legislation with Sen. Mazie Hirono (D-HI) that would repeal the executive order establishing the commission. The Anti-Voter Suppression Act was cosponsored by more than 90 lawmakers, including every Democratic Senator of color.

Additionally, the Government Accountability Office announced in October that it would investigate the commission after Booker and Sen. Michael Bennet (D-CO) urged the GAO to do so in a letter.

Booker also urged the state of New Jersey to reject Trump administration efforts to obtain sensitive voter information in a letter to state officials in July.

Posted by Councilman George L. Cook III at 7:23 AM