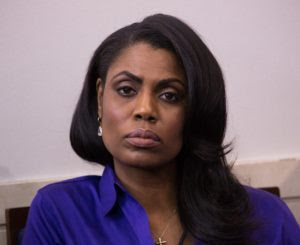 But her actual job description appears not to have been clearly defined. In interviews with the Trice Edney News Wire Black Republicans blame her for blocking Black job applicants from the Trump administration – including Republican stalwart Kay Coles James, who was appointed Dec. 19 as the first African-American and first woman president of the conservative Heritage Foundation.

“I was blocked personally. Essentially, my file was pulled and I wasn’t deemed pro-Trump enough,” says Eugene Craig. “The official excuse was that I wasn’t pro-Trump enough although I was the sitting chair of the Maryland Republican Party.”

Sources said because of President Trump’s need for loyalty, that attribute – loyalty – was among the top considerations for key White House positions. Craig admits that he was a “never Trumper all the way”, but that was during the campaign. Craig says he noticed that when the time came for consideration for jobs and the broad banner of Republicanism, White never-Trumpers were given consideration where African Americans were not.

“The flood gates were opened, but Omarosa held all of us to a different standard. She had say over a lot of the Black resumes. I know for a fact from promises that she made us directly.”

Craig says a January conference call with the Republican National Committee and Trump transition team was held “specifically for African American activists and party loyalists.” He said, “During the middle of the call, she jumped on and bogarted on. And she came in and she made us these promises that this would be the most diverse administration in history. And she’ll help us with whatever we need and wherever we wanted to go into government and to shoot our resumes over to her and she gave us her official transition email. She said this administration has a goal of having 25 percent minority hiring. They wanted 25 percent of the work force to be Black and Hispanic…So she positioned herself as the end all be all for Black things; for Black people in the administration,” Craig said.

“There were hundreds, probably thousands of resumes of qualified individuals in the Black community that were ready and prepared to go into any administration no matter who won the election. And when President Trump got elected, all of those names were submitted and Omarosa literally trashed those names. Nobody got a call back. Nobody got an interview. Nobody was every heard about again. People tried to go in. People were eager and willing to serve the President, willing to serve our country. But Omarosa, she didn’t want other Black Republicans there. She wanted to be the big shot. She wanted to be the only one. And so, everybody kind of just decided it wasn’t worth our times to keep dealing with it. And so, by February, people had just moved on from Omarosa and dealing with the White House and decided to start working with Congress and dealing some other policy matters.”

“She was willing and prepared to go back into the government and to help the administration. But Omarosa was such a distraction and created so much drama and confusion that Ms. James just decided not to engage it anymore. So that’s what ended up happening. That’s why you only saw Omarosa as a senior Black Republican in the White House.”

In a brief interview with James upon her appointment as president of the Heritage Foundation, James was clear about why she did not go to work in the Trump White House.

“When Donald Trump said that he wanted to improve the urban areas and that he wanted to make the lives of minorities in this country better, I said, wow, if he wants to do that, I genuinely want to be a part of that and I was excited and hopeful the opportunity to come in,” she said. “But that opportunity never really afforded itself. I am told that I was blocked…I don’t have specifics about how that happened, but I was extremely disappointed that I didn’t have the opportunity to serve there.”

Connors said the clearest evidence that Omarosa was not going to work with other Black Republicans came in February when Omarosa was in charge of pulling together the Black History Month program for President Trump.

“During Black History Month, these credible Republicans such as Kay Coles James and J. C. Watts and Elroy Sailor, they tried to engage Omarosa.” Instead, Omarosa put an event together that included her personal picks of African-Americans, including Black Democrats, Connors said.

“She didn’t invite any of the prominent Black Republicans. In fact, we had folks calling us from the White House calling and saying, ‘Why aren’t your names on the list for this event?’ It was very evident from the beginning that she wasn’t going to work with us and that she was just going to do her own thing.”

Connors cited another event for Vice President Pence that was planned by Black Republicans to be held at West Point. “That was another example of Omarosa using her position in the White House to block that event as well. And that was actually the turning point for Black Republicans. We decided she was just too distracting too disruptive and we decided to focus our efforts elsewhere.”

On the record sources willing to speak in defense of Omarosa were difficult to find. But, high placed Republican sources say it is not possible that Omarosa could have made such powerful decisions without oversight in the White House – most likely the President himself. Other high Republican sources said James was offered positions, but Omarosa fought against any Black staff appointment that would be above her own.

Yet another rationale for why some Black Republicans seeking employment were rejected may have been because they had left the Republican National Committee Headquarters in protest against treatment by then RNC Chairman Reince Priebus nearing the end of the presidential campaign. Priebus then became President Trump’s first chief of staff and was likely adverse to hiring the same staffers who had left the RNC, one source said.

Christopher Metzler, an active member of the Black GOP Coalition, who has long worked Republican policy and strategy, had one answer when asked why there were no long time Black Republicans hired as White House staff. “It’s very simple. Omarosa,” he said.

“Somebody like Kay [Coles James] who could serve as a whisperer in the President’s ear like a Condoleezza Rice; like a Valerie Jarrett, was never given that opportunity. There was a lot of back and forth pertaining to that. And Kay said, “Well, it is not going to serve the President well for me to try to cut through this thicket. And as a result of that, she did not push it any further.”

Metzler concluded, “All of these things were blocked by Omarosa. At the end of the day, Omarosa is first and foremost a Democrat. She is not a conservative. She is not a Republican. She never has been. She is simply an opportunist. And that’s where we ended up.”