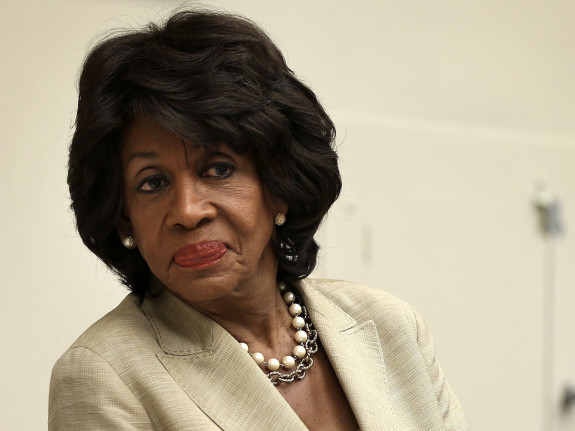 LOS ANGELES – Congresswoman Maxine Waters (CA-43), Ranking Member of the House Financial Services Committee, released the following statement in response to Donald Trump’s comments on immigrants from what he referred to as “shithole countries” during an Oval Office meeting:

“Donald Trump is a racist and indecent man with no good values who is woefully unfit and undeserving of the office in which he serves. That this president, a deeply flawed human being with no understanding of public policy, would make such ill-informed and deplorable comments about Haitians, Salvadorans, and immigrants from African countries, merely underscores everything we already know about him: he is a hopeless and ignorant bigot.

“Donald Trump dog-whistled his way into the White House, running a campaign based on hate, bigotry, and fear. Upon taking his oath of office, he surrounded himself with alt-right white nationalists, such as Steve Bannon, Stephen Miller, and Sebastian Gorka, and nominated a well-known racist, Jeff Sessions, to lead his Department of Justice. One of his first actions as president was to institute a prejudicial and potentially unconstitutional ‘Muslim ban’, and since then, his administration has significantly increased its efforts to target minority communities and increase deportations. Furthermore, when the KKK, neo-Nazis, and white nationalist groups rallied and ultimately murdered an innocent woman in Charlottesville, he refused to rebuke them. While he won’t denounce white nationalists from our nation’s highest office, he has leveled attacks on journalists, athletes, private citizens, and even Members of Congress – many of whom, not coincidentally, are people of color.

“Donald Trump is crumbling under pressure from the ultra-right-wing conservatives. These radical conservatives elected Trump expecting him to use his presidential authority to deport thousands of innocent young people, many of whom were brought to this country as children and have since made positive contributions to our society. In true Trump-fashion, to compensate for his deficiencies and failure to grasp immigration policy, he has resorted to using an ignorant racial slur to denigrate people and countries about whom he knows nothing and for whom he has no care. Perhaps if these countries had white majorities, he might actually care about them. But they do not, and therefore he does not.

“What's even worse than his racist comment and divisive tactics, he is a hopeless liar who believes that he can make these comments in the presence of others -- as he has done in this recent meeting with Members of Congress involved in negotiations about DACA – and then deny them, which only adds to the 2,000 lies that he has already told since taking office that have been documented by the media.

“Donald Trump is an embarrassment and a national disgrace. Members of Congress have a responsibility to the American people and our democracy to impeach him.

“Justification for impeachment of this president includes the obvious obstruction of justice; continuing revelations about his associates and members of his family who have questionable contacts and connections to Russia; the alienation of our allies abroad; the attacks on the media and the 1st Amendment of the Constitution; the name-calling and attacks on his political opponents; the disrespect of women, including a U.S. Senator who he implied would do anything for a political contribution; and all of the disgraceful, untruthful, and disturbing actions by this president that continue to prove that he has no respect for our country’s most sacred values and traditions.

“No longer can Members of Congress, particularly Republicans, stand with such a dangerous, disturbed, and deceitful man who is a threat to everything for which America, the greatest democracy on earth, stands. Congress has a constitutional responsibility to impeach him without delay.”

Posted by Councilman George L. Cook III at 7:30 AM