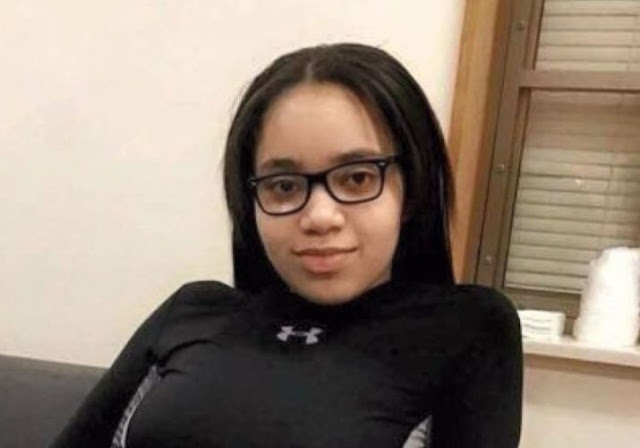 Bresha Meadows, the Ohio teenager who killed her father after he allegedly terrorized and abused her family for years, is finally home.

On Sunday, Bresha, who is now 16, was released from the residential mental health facility where she spent the last six months. Her case attracted national media attention, and opened up a conversation about how black women and girls are treated by the criminal justice system when they claim self-defense.

Bresha was 14 when she fatally shot her father in the head while he was asleep. She and her siblings alleged that her father, Jonathan Meadows, 41, was physically and verbally abusive toward them, often threatening them with the same gun Bresha fired. Her mother, Brandi Meadows, called Bresha a hero, and told reporters that her husband beat her ruthlessly in front of the children.

“I believe that she saved all of us,” she said.

Bresha’s case was propelled into the national spotlight thanks to the work of a small organizing collective, dubbed #FreeBresha, which advocated on behalf of the teen after her arrest. They organized book drives and letter-writing campaigns to the prosecutor, and started a petition to demand Bresha’s immediate release. Over 100 domestic violence organizations endorsed the call to drop the charges. A fundraiser for Bresha has raised over $150,000.

“Bresha should never have been incarcerated, but it is a win nonetheless,” two of the organizers, Colby Lenz and Mariame Kaba, wrote in an op-ed welcoming the teen home. “The punishment system was unsuccessful in disappearing this young Black woman.”

Prosecutors charged Bresha with aggravated murder, and sought to try her as an adult, which meant she potentially faced life behind bars. Ultimately, she was tried as a child, and last May, she pleaded true to a charge of involuntary manslaughter, the equivalent of guilty in juvenile court.

She was sentenced to a year in juvenile detention, with credit for time served, as well as six months at a mental health facility and two years of probation. On Sunday, she was released into her family’s care.

Her record will be sealed and expunged when she reaches adulthood.