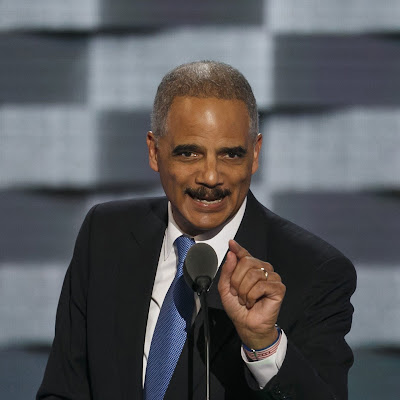 Former Attorney General Eric Holder will decide on whether to run for president in 2020 by early next year, he said in an interview Thursday.

Holder, who served as attorney general from 2009 to 2015 under President Obama, told the hosts of Viceland's "Desus & Mero" that he would be exploring the possibility of a run throughout the rest of the year.

"I don't know. We'll see. I haven't decided yet," Holder said when asked about his plans for a possible challenge to President Trump.

"What I've said is, I'm going to decide by the beginning of next year and see if there is going to be another chapter in my public service career."

Holder is among a slew of Democrats eyeing potential 2020 bids, including former Vice President Joe Biden and a number of sitting senators.