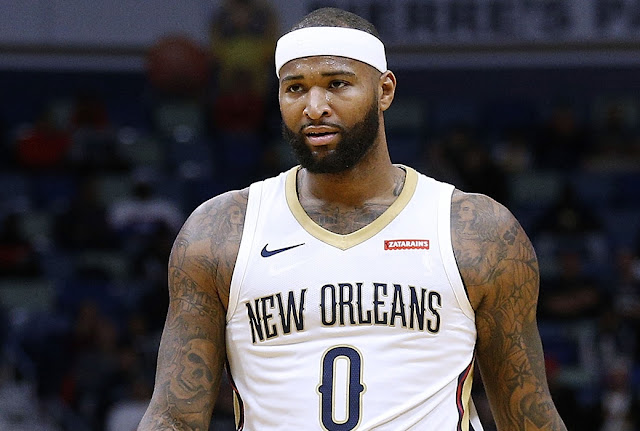 Former Sacramento Kings players DeMarcus Cousins has reached out to the family of Stephon Clark to cover the cost of the funeral.

Clark, 22, was shot and killed by Sacramento police on Sunday while holding a cellphone in his grandmother's backyard. The death of Clark, who was unarmed and African American, sparked protests Thursday.

Cousins, an All-Star center who spent the first six years of his NBA career in Sacramento, was traded to the New Orleans Pelicans last season. Barnes, a former area prep star at Del Campo High School, was waived by the Kings after Cousins was traded. He announced his retirement from the NBA this season.

Cousins has a history of outreach in the Sacramento community.

He paid for the funeral of Grant High School football player Jaulon "JJ" Clavo, who was shot before a playoff game in 2015. He held free basketball camps at Sacramento High School and bought a new scoreboard for the school's basketball gym.

Cousins was a regular at high school games and enjoyed being accessible to students, especially at inner-city schools that high-profile athletes might not want to visit.

Cousins participated in forums with police in his hometown of Mobile, Ala., and in Sacramento, and has spoken candidly about the issues and concerns from both sides.

The NBA recognized Cousins' work away from the court last October, awarding him the inaugural Offseason NBA Cares Community Assist Award for his work in Alabama, New Orleans, Sacramento and South Africa.

When Cousins was traded to New Orleans last February, he said he would always consider Sacramento home and that his ties to the community would remain.