Althea Gibson to be honored with a statue at U.S. Open Site 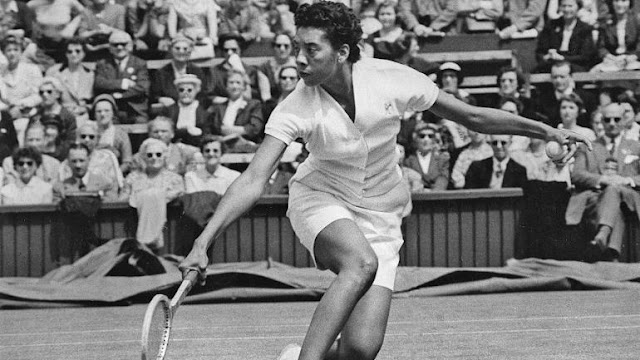 The United States Tennis Association has announced that Althea Gibson, the first African American tennis player to win a Grand Slam singles title, will be memorialized with a statue in her honor on the grounds where the U.S. Open is played.

Gibson, an inductee into the International Tennis Hall of Fame in 1971 who died in 2003, won the 1956 French Open to make history and the next year she won the women's singles titles at Wimbledon and the U.S. Nationals, the precursor to the U.S. Open. She repeated the Wimbledon-U.S. double in 1958. Overall, she won a combined 11 Grand Slam titles in singles, doubles and mixed doubles during her illustrious career.

“It’s simple. She’s the Jackie Robinson of tennis; she deserves it,” USTA chair and president Katrina Adams said in a statement. “By breaking the color barrier, she made it possible for every person of color after her to have a chance to achieve their goals in the sport.”

The Gibson statue will be the second to commemorate a groundbreaking tennis icon and the third to honor an American tennis legend at the home of the U.S. Open in Flushing, N.Y., joining Arthur Ashe, whose statue was unveiled in 2000 and anchors the USTA Billie Jean King National Tennis Center, and King, for whom the tennis center was renamed in 2006.

“Althea Gibson is an American treasure and one of my most important heroes, and I am thrilled she will finally be honored at the National Tennis Center. … Our sport owes a great deal to Althea,” King said.

Posted by Councilman George L. Cook III at 9:11 AM