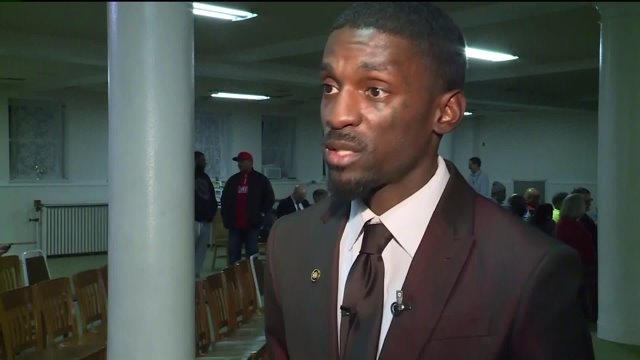 Even though Sen. McCaskill's issues engaging black voters is taking place in Missouri, this should be a cautionary tale for all Democrats nationwide. Yes, you have to reach to and engage other bases that might not usually vote democratic but don't forget your base. Black voters are starting to feel taken for granted and while they won't vote Republican they just may stay home. George L. Cook III African American Reports.

African American leaders in Missouri are frustrated with what they see as Sen. Claire McCaskill’s lackluster engagement with minority voters.

Frustrated enough that they refused to sign a letter pushing back against comments made last month by Bruce Franks, a prominent black activist and state legislator from St. Louis, who called on McCaskill to “show up” and earn the support of minority voters in her state.

“I’m going to vote for Claire, but Claire is going to have to bring her ass to St. Louis,” Franks said to applause at a town hall he hosted Feb. 17.

In response to Franks comments, McCaskill had asked African American elected officials in Kansas City and St. Louis to sign the letter.

Among those who were approached by McCaskill are U.S. Reps. Emanuel Cleaver of Kansas City and Lacy Clay of St. Louis, and state Rep. Gail McCann Beatty, the minority leader in the Missouri House.

“I’m 100 percent certain that nobody signed it,” Cleaver said in an interview Wednesday with The Kansas City Star. “We talked about it very seriously and strongly and every one of us said, ‘We’re going to support her, but signing this letter isn’t going to achieve what she wants. It’s just going to make people angry.’ ”

Cleaver said he’s sympathetic to McCaskill’s plight. She’s a Democrat running for re-election in a state Republican President Donald Trump won by nearly 19 points in 2016. He understands she must win over some right-leaning voters to survive.

But as McCaskill works to burnish her reputation as a centrist, Cleaver and other African American leaders said they worry she’ll leave minority voters on the left with the impression that she’s taking them for granted — and it could cost her turnout in the urban centers that are crucial to her base.

“The state is large and diverse, but she might need to take the campaign into the repair shop in the black communities,” Cleaver said. “I think if people see that she’s actually trying to win them over then I think it will be a benefit to her re-election.”

McCaskill’s campaign said she has a long record of standing with and fighting for Missouri’s African American community, starting with her time as a prosecutor and continuing with her work as a U.S. senator.

“Nothing has, or ever will, change that commitment,” said Meira Bernstein, McCaskill’s campaign spokeswoman, in a statement.

Read more: McCaskill asked black leaders to push back on criticism of her campaign. No one would.