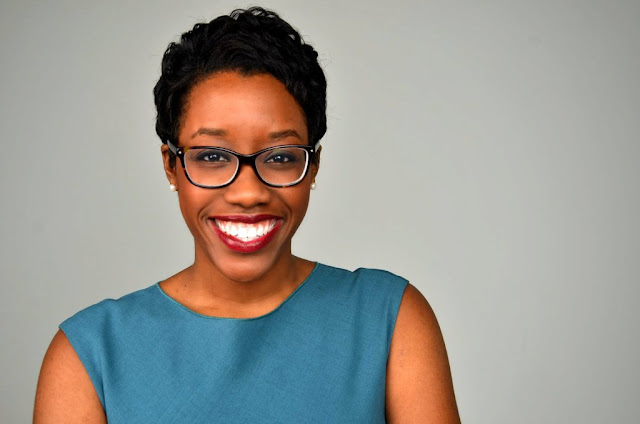 She now faces off against Republican incumbent Randy Hultgren in the November midterms in this traditonally Republican, overwhelmingly white majority district.

She is committed to fighting for families and believes that strong jobs, smart investments, and access to affordable health care will put our region back on track.

Lauren Underwood grew up in Naperville, Illinois where she earned her first Girl Scout badge and attended Neuqua Valley High School. On her first day in Girl Scouts, Lauren made the pledge “to help people at all times.” Those early lessons in leadership formed a foundation of service that continues to guide her now as she looks to serve in a different way, representing Illinois’ 14th District in Congress.

Today, Lauren Underwood is a registered nurse, with hands-on experience in America’s healthcare industry. Lauren was appointed by President Obama to serve as a Senior Advisor at the U.S. Department of Health and Human Services (HHS). During her time in the administration, Lauren helped communities across the country prevent, prepare for, and respond to disasters, bioterror threats and public health emergencies. As a career public servant at HHS, Lauren helped implement the Affordable Care Act — broadening access for those on Medicare, improving healthcare quality and reforming private insurance.

During a swimming lesson when she was 8 years old, Lauren discovered that she had a heart condition, supraventricular tachycardia, which occasionally prevents her heart from maintaining a normal rhythm. The providers that helped Lauren through her initial treatment made a lasting impression and inspired her career in nursing. As an American with a pre-existing condition, Lauren also understands the real-life importance of quality, affordable health care for working families and their children.

Lauren will bring her firsthand knowledge to Washington and work to propose measures that will preserve and expand access to healthcare for Illinois families. Most recently, Lauren worked with a Medicaid plan in Chicago to ensure that it provided high-quality, cost-efficient care. Lauren also is a teacher, preparing future nurse practitioners through Georgetown University’s online master’s program.

Lauren is a graduate of the University of Michigan and Johns Hopkins University.