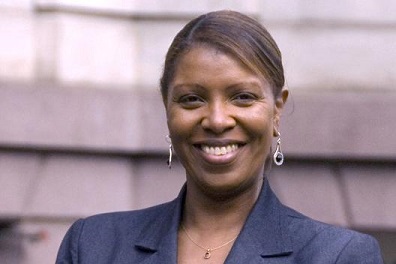 James picked up over 85% of the delegate vote to win the nomination over Fordham Law Prof. Zephyr Teachout and former Gov. Cuomo and Hillary Clinton aide Leecia Eve.

In accepting the nomination, James warned that constitutional rights are under attack in Washington and that "the attorney general stands at the vanguard as a wall of protection, not a wall of exclusion."

"I'm so proud you bestowed on me this designation because I'm well prepared for the fight ahead," she said.

Her candidacy fell into place quickly since the position wasn't even in play as Eric Schneiderman cruised toward a third term. But all that changed on May 7 when Schneiderman abruptly resigned in disgrace hours after New Yorker magazine released a story alleging he physically assaulted four women.