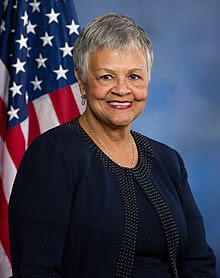 Congresswoman Bonnie Watson Coleman (D-NJ) released the following statement on the shooting at the Art All Night festival in Trenton early this morning:

“I am saddened and angered at the violence that took place at Art All Night early this morning, and I am praying for all of the families involved, but, as I’ve said before, that’s not enough. After every shooting, we talk about motive, mental illness and every other distraction from the real problem — guns.

“New Jersey has some of the strongest gun safety legislation in the country. That should make it very clear that this is a problem we can only solve at the national level, with Congress leading the way. Despite all of our state’s efforts, New Jersey is not an island — we can’t make our neighborhoods safe as long as guns can come in across a bridge or state line, from Pennsylvania or North Carolina. There has to be federal action.

“So many times since being elected to Congress, I’ve begged people to take this seriously. As it comes home to my own district, I’m heartbroken knowing we could make it harder to access these weapons. Dozens of the congressmen and women I work with every day have gotten the call I got this morning alerting them to a shooting in their district. For anyone that hasn’t, I’m asking to work with you now, before it happens to you. There are bills ready for consideration right now. We just need to be brave enough to call for votes.”