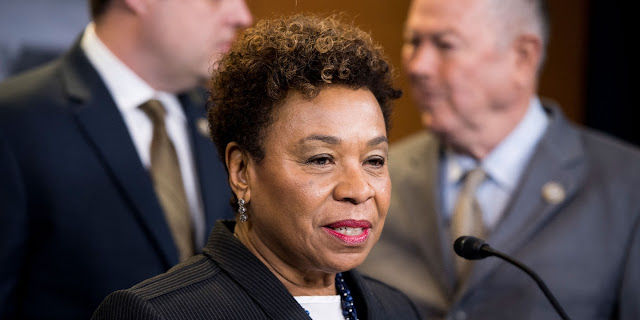 The California congresswoman could become the first African-American woman to hold a leadership spot in either major political party.

Rep. Barbara Lee, one of the most outspoken progressive voices in Congress, formally launched her campaign Monday to chair the House Democratic Caucus — a post that would make her the first African-American woman to hold a leadership spot in either major political party.

“When you look at the history of the Democratic Party and the Democratic leadership, African-American women ... we’ve been the backbone of the Democratic Party — we should be in the face of leadership also,’’ Lee told POLITICO in an interview Sunday. Whether it comes to grass-roots issues, or voter mobilization and political activism, she said, black women have long proved they can “lead not only our communities, but lead our country, on the very tough issues facing us.”

Lee, first elected to Congress in 1998 in one of the nation’s most liberal bastions, Oakland and the East Bay’s 13th District, argues she has a long record as a coalition-builder who has dedicated her career to issues of concern to both poor urban and rural voters. As the party prepares for the 2020 election cycle, the California congresswoman said, “these are issues that we can all unify around, like jobs and economic growth,’’ poverty, education and health care.

“The strength of our caucus lies in our diversity of experiences and ideas,’’ Lee said in a letter released Monday to her congressional colleagues announcing her bid. “Whether it’s working across the aisle to enact HIV/AIDS laws, or bringing the Sanders and Clinton campaigns together behind a cohesive and progressive Democratic platform, my career has been dedicated to finding common ground and delivering results.”