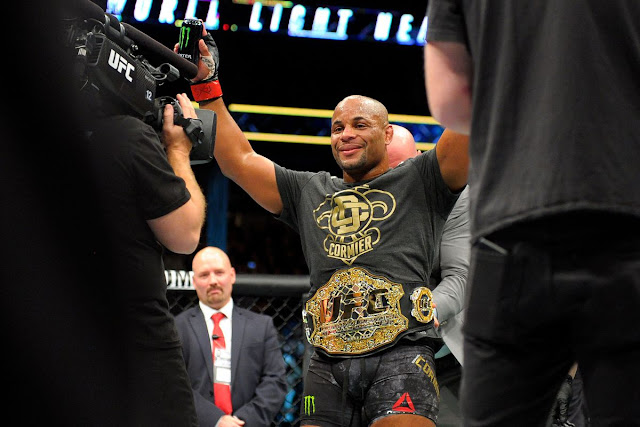 Despite being the shorter guy, having a shorter reach, and Miocic's supposed superior punching power Cormier knocked the champ out in the first round of their heavyweight fight at UFC 226.

"I am 39 years old, and I've been second a lot of times, but today I finally accomplished everything from crying in this very same octagon last year -- almost a year to the day -- to becoming the UFC heavyweight champion. This is the most amazing thing I've ever experienced," Cormier said after the fight.

After the fight UFC President Dana White called Cormier one of the greatest of all time.

Some may want to debate Whit's statement but, one thing that you can't argue is that Daniel Cormier is the new UFC Heavyweight Champion.

Congrats to the champ, DANIEL CORMIER!