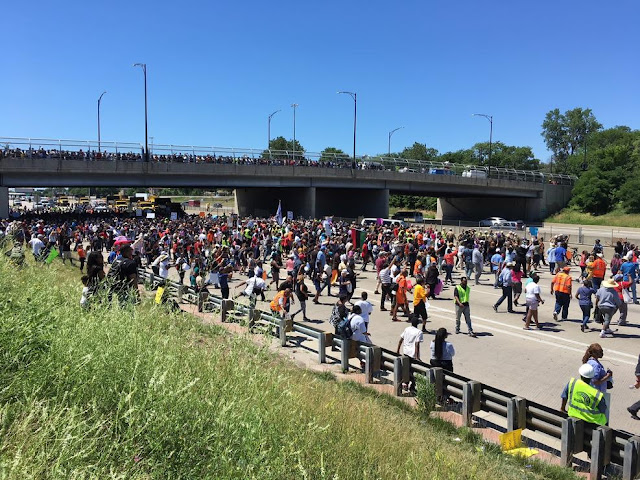 Thousands of anti-violence protesters including Chicago police Supt. Eddie Johnson and the Rev. Jesse Jackson marched in a protest organized by Rev. Michael Pfleger. Protesters marched along a Chicago interstate on Saturday, shutting down traffic in an effort to draw attention to the gun violence that's claimed hundreds of lives in some of the city's poorest neighborhoods and pressure public officials to do more to stop it. Some stopped to write on the road with chalk: "Enough is enough" and "Peace."