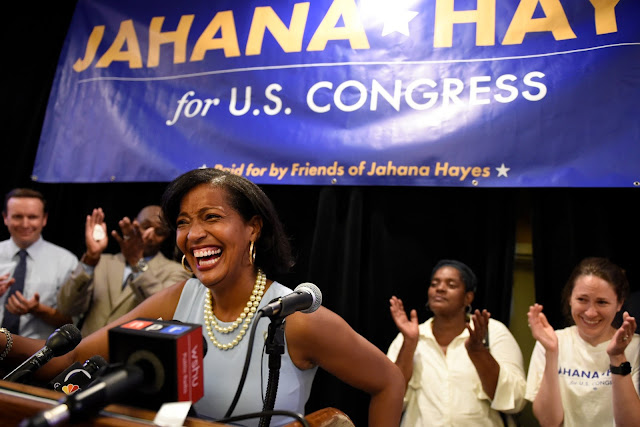 Jahana Hayes won the Democratic Primary in Connecticut's Fifth Congressional District, the A.P. reported. Ms. Hayes, a “National Teacher of the Year” in 2016, is seeking to become the state’s first black Democrat to serve in Congress.

Ms. Hayes, 46, was thought to be a long-shot in the contest against Mary Glassman, a longtime local Democratic politician in the Western Connecticut region. But she embraced her status as an underdog, melding her life story — growing up in Waterbury, Conn., she went through homelessness, a teen pregnancy and economic hardship — into her campaign.

She also won support from some of the same progressive organizations that supported insurgent progressive Democratic candidates like Alexandria Ocasio-Cortez, who defeated Representative Joseph Crowley in a New York primary. Ms. Hayes will face the Republican Manny Santos.