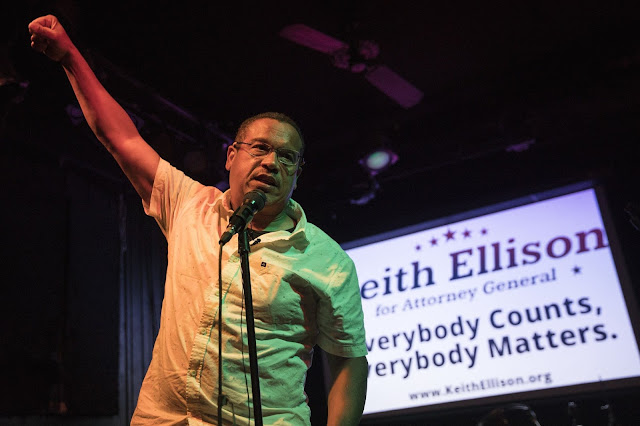 Five Democrats were competing to be their party’s pick in the primary, which came days after an allegation of domestic violence emerged against Ellison. He has denied his ex-girlfriend’s claim, and went on to a decisive victory.

“We had a very unexpected event at the end of this campaign that happened,” Ellison told supporters at Nomad World Pub in Minneapolis. “I want to assure you that it is not true and we are going to keep on fighting all the way.”

The election of Minnesota’s next chief legal officer landed in the spotlight with Ellison in the race and an increased focus by Democrats on using the office to challenge President Donald Trump.

Ellison has been one of the most outspoken candidates on fighting Trump administration policies. He has represented Minnesota’s Fifth Congressional District, which includes Minneapolis and some western suburbs, for 12 years and previously served in the Legislature. He is deputy chair of the Democratic National Committee and was the first Muslim member of Congress.