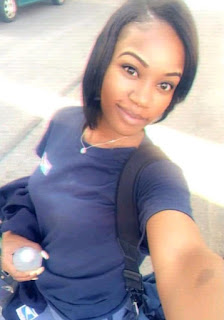 Kierra Coles, a 27-year-old pregnant U.S. postal worker has been reported missing after last being seen Oct. 2 on Chicago's South Side.

Coles, was last seen on surveillance video in her neighborhood at near 81st and Vernon on the city's South Side. She called sick into work, but was seen on video dressed for work and walking past her vehicle.

Coles is about three months pregnant and has a boyfriend.

Coles is about 5-foot-4, weighs about 125 pounds and has black hair and brown eyes. Police said she has a tattoo of a heart on her right hand and another that says, "Lucky Libra" on her back.