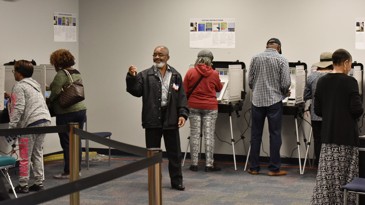 A federal district court judge said she will issue an order to temporarily block election officials in Georgia from tossing out absentee ballots or applications when a voter’s signature does not match the signature on their voter registration card.

Judge Leigh Martin May, on the U.S. District Court for the Northern District of Georgia, said election officials should have to notify voters first before they can reject absentee ballots with mismatched signatures.

May gave Georgia's Secretary of State office as well as the American Civil Liberties Union (ACLU), which had filed a lawsuit on behalf of the Georgia Muslim Voter Project against Georgia Secretary of State Brian Kemp and county registrars, until noon on Thursday to respond to her proposal.

The judge said she will then consider their suggestions and immediately enter an injunction.

"This is not meant to be an opportunity to readdress the propriety of entering the injunction — only its form," she said.