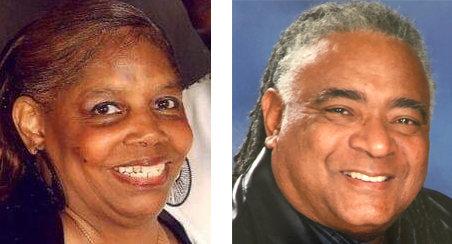 A white man charged with shooting and killing two African-Americans at a Kroger supermarket in Kentucky last week had first tried to enter a predominantly African-American church, police say.

Gregory Bush, 51, was charged with killing Maurice Stallard, 69, and Vickie Lee Jones, 67, at the supermarket in Jeffersontown, Ky., a suburb of Louisville.

As more information about the Wednesday attack and its alleged perpetrator have emerged, there are indications that Bush chose his targets because of the color of their skin.

Federal investigators are looking into the fatal shootings as "potential civil rights violations such as hate crimes," Russell Coleman, the U.S. attorney for the Western district of Kentucky, said in a statement.

Bush allegedly walked into the Kroger, pulled a gun and shot Stallard in the back of the head, then shot him several more times. Then he went outside and killed Jones, who also died from multiple gunshot wounds, according to The Associated Press.

Louisville resident Ed Harrell told the Courier-Journal that as he crouched in the Kroger parking lot clutching his own revolver, the gunman walked by him and said, "Don't shoot me. I won't shoot you. Whites don't shoot whites."

Police say that just a few minutes before heading to the Kroger, Bush first tried to get into the First Baptist Church of Jeffersontown, a predominantly African-American church. Jeffersontown Police Chief Sam Rogers told reporters that surveillance video showed Bush yanking on the church doors. If Bush had come to the church an hour earlier that day, some 70 people would have been gathered there, and the door might have been unlocked, the Courier-Journal reported.

Read more: Killing Of 2 At Kentucky Supermarket Is Being Investigated As Hate Crime