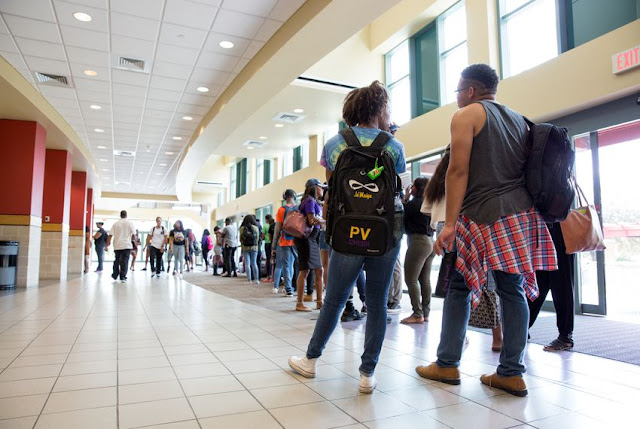 Two days after students at Prairie View A&M University sued Waller County over allegations that the county is suppressing the voting rights of black residents, the rural county said it is expanding early voting opportunities for students at the historically black university.

The county will now open a Sunday polling place at Prairie View City Hall and expand voting hours at the university's campus center on Monday through Wednesday of next week to 7 a.m. to 7 p.m., instead of the original 8 a.m. to 5 p.m., according to the NAACP. Students can continue to early vote at the Waller County Community Center in Prairie View on Thursday and Friday of next week.

Waller County Judge Trey Duhon, a Republican, and Elections Administrator Christy Eason announced the expanded early voting opportunities for the students in a statement released Wednesday, but said that the county will be “vigorously opposing” allegations of voter disenfranchisement.

“We have analyzed our resources in an attempt to extend additional hours and times, and have done so, but all citizens of Waller County must be accommodated with the limited resources of a small county,” the statement said.

In a statement released Thursday, the NAACP Legal Defense and Educational Fund called the expanded early voting plan “an improvement over the original plan, but still not equal to what other Waller County residents were offered.”