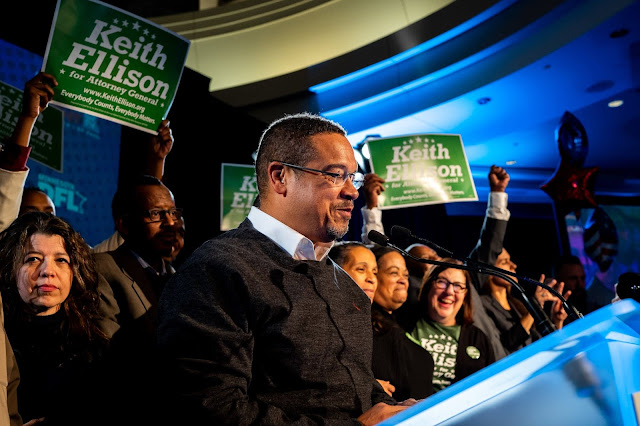 “We never thought this was in the bag, and it was a dog fight from the very beginning,” Ellison told supporters in Minneapolis. “There were challenges along the way and you know, we just kept on pushing.”

Ellison, the first Muslim to win election to statewide office, jumped into the race just five months ago, after incumbent Lori Swanson launched an unsuccessful campaign for governor. A leader of the Congressional Progressive Caucus, Ellison said he could become a crusading attorney general, using the office to challenge the Trump administration in court, take on big business, and protect women’s rights.

Ellison’s win appeared to be part of a sweep for Minnesota Democrats, who easily held onto the governor’s office, won every statewide race, and flipped the state House.