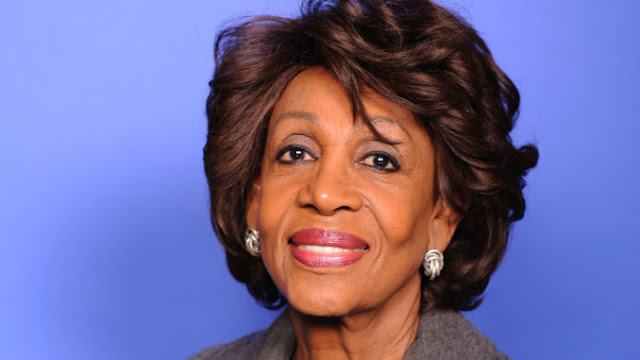 Congresswoman Maxine Waters (D-CA) released the following statement after being approved by the Democratic Caucus to serve as the first woman and the first African American Chair of the House Financial Services Committee:
“I am honored to have been selected by my colleagues to be the first Chairwoman of the House Financial Services Committee in the 116th Congress. Since 1995, I have served as Ranking Member or Chairwoman of every Subcommittee under the Committee’s jurisdiction, taking on important issues on behalf of consumers, investors, and vulnerable populations. As Chairwoman, I will continue to prioritize protecting consumers and investors from abusive financial practices, making sure there are strong safeguards in place to prevent another financial crisis, expanding and supporting affordable housing opportunities, tackling the homelessness crisis, encouraging responsible innovation in financial technology, promoting diversity and inclusion in the financial services sector, conducting appropriate oversight and ensuring that hardworking Americans and small businesses have fair access to the financial system and opportunities to thrive. I consider it a privilege to hold the Chairwoman’s gavel and look forward to working with my fellow Democrats, Ranking Member McHenry and my colleagues across the aisle on commonsense solutions that benefit hardworking Americans and strengthen our economy.”
Congresswoman Maxine Waters has served as a Member of Congress and the Financial Services Committee since 1991. Throughout her decades of public service, Ranking Member Waters has gained a reputation as a fearless and outspoken advocate for women, children, people of color and the poor. In her various leadership roles on the House Financial Services Committee, she has fought for the protection of consumers, investors, small businesses and vulnerable populations.

Preventing Another Financial Crisis
In 2010, Ranking Member Waters and her Democratic colleagues worked tirelessly to pass the Dodd-Frank Wall Street Reform and Consumer Protection Act, landmark legislation to prevent another financial crisis, which created the Consumer Financial Protection Bureau, an agency dedicated to protecting America’s consumers from financial abuses. Ranking Member Waters was one of 10 Committee Members to be selected to serve as a conferee on the Dodd-Frank Act.

A central driver of the crisis was predatory mortgage lending, which intentionally targeted minority communities with toxic products and resulted in devastating foreclosures across the country and an immense loss of generational wealth. Democrats specifically designed Dodd-Frank and the Consumer Bureau to prevent the harmful practices that caused the financial crisis.

The Consumer Bureau protects consumers from predatory and abusive financial practices in areas such as mortgage loans, private education loans, and payday loans.

Despite Republican efforts to destroy the Consumer Bureau, Ranking Member Waters has fought to make sure it is not impeded from its important work cracking down on industries that have a history of harming consumers, including debt collectors, payday lenders and consumer reporting agencies.

Auntie Maxine
This Congress, Ranking Member Waters’ activities as the senior Democrat on the House Financial Services Committee have generated unprecedented public attention as she has consistently and vocally pushed back against a harmful Republican agenda.

While she has always been outspoken in her efforts to protect hardworking Americans and ensure fairness in this country, the era of social media has allowed for her longstanding efforts to be shared with millennials who have dubbed the Ranking Member as “Auntie Maxine.”

During a June 2017 exchange at a hearing with Trump Administration Treasury Secretary Steven Mnuchin, Ranking Member Waters repeatedly 'reclaimed her time’ after the Secretary failed to answer questions regarding her request for information about President Trump’s shady financial dealings and pressed him for answers. During another notable exchange, Ranking Member Waters yielded ‘not one second’ to a Republican Congressman during a May 2018 House floor debate on a harmful Congressional Review Act resolution to repeal Consumer Financial Protection Bureau guidance on indirect auto lending intended to combat discriminatory practices.

Historic Committee Chairwoman
As Chairwoman or Ranking Member of every Subcommittee under the Committee’s jurisdiction since 1995, Ranking Member Waters has always worked to create opportunities, ensure fairness, and protect the economic wellbeing of all Americans.

She has spearheaded efforts on important issues such as housing in the aftermath of Hurricane Katrina, the 2008 financial crisis, the subprime mortgage meltdown, public housing reinvestment, and affordable flood insurance.

Some of her most notable work includes her efforts to mitigate foreclosures to keep American families in their homes during the housing and economic crisis and the creation of the Neighborhood Stabilization Program, which provides grants to states, local governments and nonprofits to fight foreclosures, home abandonment and blight and to restore neighborhoods. Through two infusions of funds, the Congresswoman was able to secure $6 billion for the program.

With a Republican Majority in Congress, she has also used creative methods in Committee to push a Democratic message. This Congress, she has twice utilized a rarely used parliamentary maneuver to force historic Democratic hearings on Chairman Jeb Hensarling's harmful Financial Choice Act, which she called the Wrong Choice Act, and the Equifax data breach.

This Congress, she has so far introduced the following financial services bills to improve our financial system and the state of hosing in this country..
She has also co-led several bipartisan measures this Congress, including H.R. 6139, a bill to require the Securities and Exchange Commission to carry out a study to evaluate the issues affecting the provision of and reliance upon investment research into small issuers; S. 488, the JOBS and Investor Confidence Act of 2018 (JOBS Act 3.0), a package of strong capital-formation legislation to help America’s small businesses and entrepreneurs and to protect investors; and H.R. 3110, the Financial Stability Oversight Council Insurance Member Continuity Act, a bill to extend the term of the Financial Stability Oversight Council (FSOC) independent member with insurance expertise, which became law.