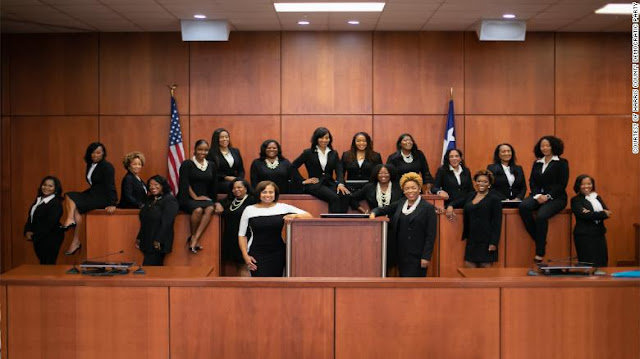 A new year brought the swearing-in of newly elected officials in Harris County, Texas, and among them were 17 black female judges.

The group of women, who were part of a local democratic campaign called "Black Girl Magic Texas," first made history -- and headlines -- when they won their respective midterm elections in November. Together, they make up what is believed to be the largest group of black female judges to be elected at the same time in Harris County history.

Nineteen African-American women in total will be serving on the county's bench in 2019. The women have more than 200 years worth of experience between them all.

Harris County, which includes Houston, is the largest county in the state. According to the most recent census data, 43% of people in Harris County are Hispanic, and nearly 20% of the county's residents identify as African-American.