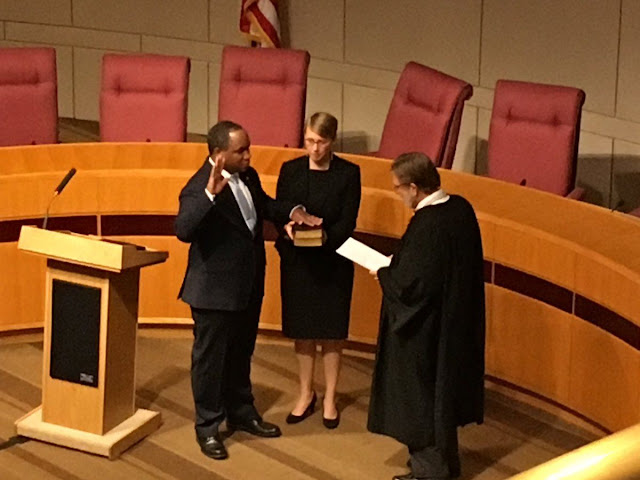 The Democratic ran unopposed. In this historic election Merriweather wants to have impact on a judicial system that some often find hard to trust.

"You cannot come from the type of legacy that I come from," Mecklenburg County District Attorney Spencer Merriweather said. "You cannot live the type of life I believe I lived in this world and not take issue of justice and fairness and safety extremely seriously."

Merriweather shared his priorities after getting sworn in. He wants to take a look at the bail system.

He doesn’t want violent suspects to be released from jail because they have money in their account.

The DA also wants to help create a Family Justice Center. The hope is the center would be a one stop shop for victims of sexual or domestic violence.

Merriweather says the center would provide all the resources a victim needs. City and county leaders are discussing how to make the Center a reality. The DA says safety and fairness cannot be an afterthought.