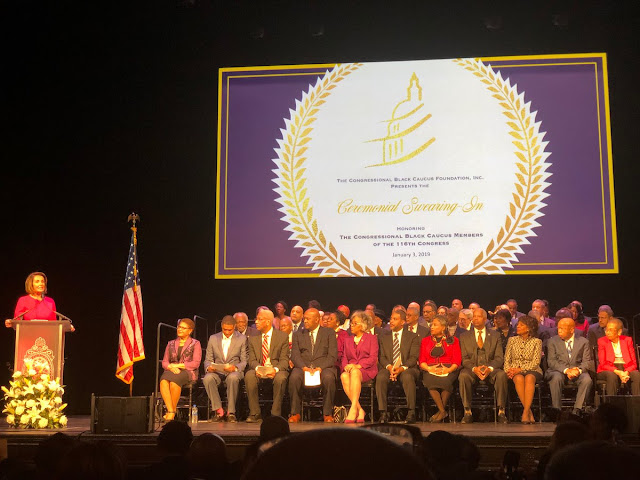 On Thursday, the day of the official swearing-in of the 116th Congress, the Congressional Black Caucus swore in its own group of members, a total of 55 ― its largest number in history.

This year’s CBC surpasses its previous record of 49 House and Senate members in the 115th Congress.

“With the largest caucus in history... the CBC is poised to play a leading role in standing up to the Trump Administration and pressing forward on key issues like protecting voting rights and the Affordable Care Act,” executive director Kevin Harris said by email.

Established in 1971, the Congressional Black Caucus states as its mission “to ensure African Americans... have the opportunity to achieve the American Dream.” Its legislative priorities include reforming the criminal justice system and combating voter suppression.