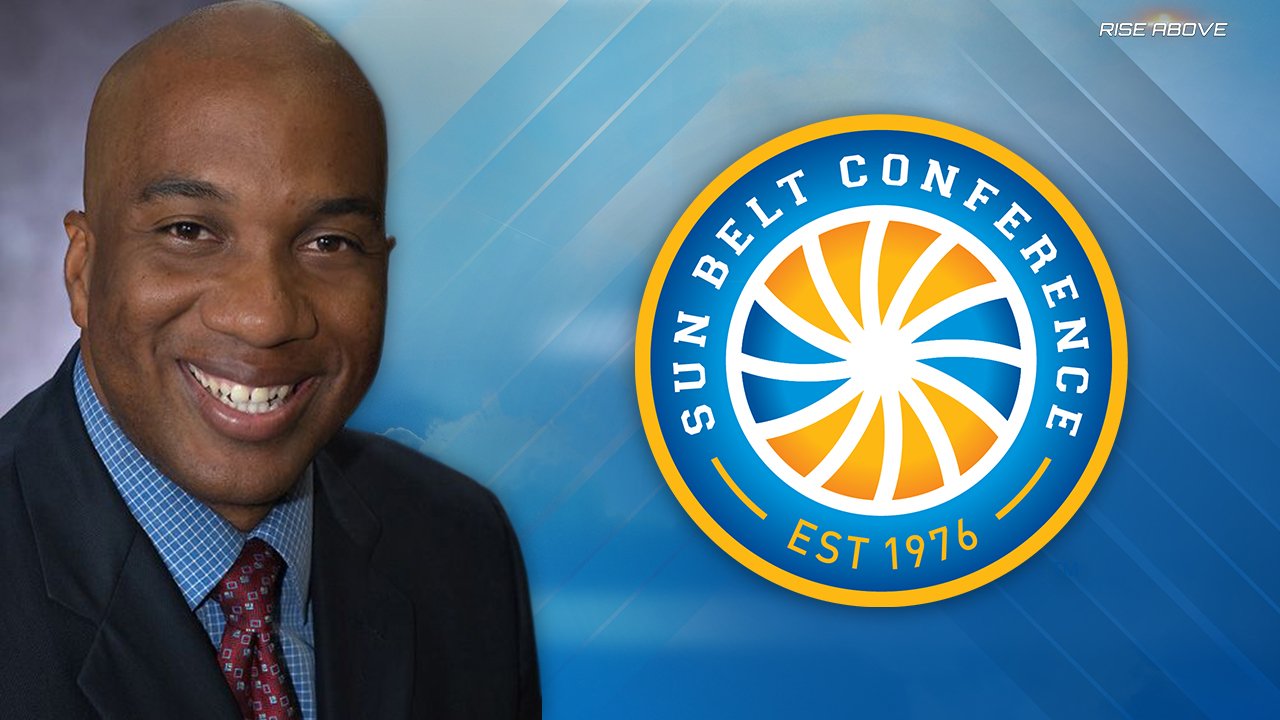 The Sun Belt Conference made history with the hiring of its new commissioner.

The league announced Tuesday that it has hired Keith Gill to replace the retiring Karl Benson. Gill, most recently the executive associate commissioner of the Atlantic 10, becomes the first-ever African American commissioner of an FBS conference. The FBS represents the highest level of Division I athletics.

Read the announcement below:


The Sun Belt Conference announced on Tuesday that Keith Gill has been named the league’s sixth commissioner.

“On behalf of the Sun Belt Conference’s presidents and chancellors, I am delighted to announce the appointment of Keith Gill as the next commissioner of the Sun Belt Conference,” said Georgia State and Sun Belt President Dr. Mark P. Becker.  “Keith is a proven leader with deep experience across the many dimensions of intercollegiate athletics.  Combining that with his passion, integrity and enthusiasm, Keith will be an outstanding leader as the Sun Belt continues on its rising trajectory.”

“I am honored and excited to have been selected as the Commissioner of the Sun Belt Conference and I am grateful to President Becker and all of the Sun Belt presidents and chancellors for allowing me this opportunity,” said Gill.  “I look forward to serving and working with them, their outstanding institutions, the administrators and coaches of the conference and the student-athletes that continue to push the Sun Belt to the pinnacle of intercollegiate athletics.”

With his appointment, Gill will become the first African-American commissioner of a NCAA Football Bowl Subdivision conference.

Gill replaces outgoing commissioner Karl Benson, who announced his decision to stepdown as commissioner this past August.  Benson, the only individual to be a commissioner of three I-A/FBS conferences, will begin to transition out of his role as it was mutually agreed that Gill’s start date will be May 1.

A veteran of intercollegiate athletics for nearly 25 years, Gill comes to the Sun Belt from the Atlantic 10 Conference where he currently serves as Executive Associate Commissioner.

At the A-10, Gill works directly with longtime commissioner Bernadette V. McGlade and serves as the primary liaison to the A-10 Men’s Basketball Advancement Committee which is responsible for identifying initiatives and strategies to ensure A-10 men’s basketball remains a top seven league and increases the number of A-10 at-large teams that annually advance to the NCAA Division I Men’s Basketball Tournament. Gill supports the A-10’s digital and television broadcast strategy while also providing regular NCAA governance updates to the A-10 Council of Presidents.

While at Richmond, he was appointed as the A-10's representative on the NCAA Council and served as the governing body's Vice Chair. He also was the Co-Chair of the NCAA Ad Hoc Transfer Issues Working Group in 2015. Gill was honored as an Under Armour Athletic Director of the Year by NACDA in 2015.

Under Gill's watch, Richmond's athletics programs won 14 conference championships and produced 19 All-Americans.  Additionally, the athletics department also made numerous improvements to its athletics facilities, including a complete renovation of the Spiders' basketball and multi-purpose arena, the Robins Center.

More than 250 American student-athletes flourished in the classroom under Gill’s guidance as 16 teams earned a combined grade point average over 3.0 for 23 consecutive semesters. In 2011-12, 121 student-athletes were named to the university’s Dean’s List as the department posted a combined 3.36 GPA.

Prior to his time at American, Gill spent three years at the University of Oklahoma from 2004-07.  In Norman, he oversaw major portions of Sooner athletics, including men’s basketball, women’s soccer and baseball, as well as the supervision of personnel, budgets, facilities, fundraising, student-athlete issues and the selection and evaluation of coaches for those sports. He worked with Director of Athletics Joe Castiglione and senior staff in overseeing the strategic and annual planning process for the department.

Prior to Oklahoma, Gill served two stints at the NCAA national office from 1995-99 and 2000-04. During his second tenure, he was in the role of director of membership services, developing and communicating policies related to Division I intercollegiate athletics, including governance, rules compliance, diversity, gender equity, academic integrity, student-athlete welfare, fiscal integrity, strategic planning, sportsmanship and legislation. Gill oversaw and ensured the effective operation of the athletics certification program and managed a staff of 35 that provided education and guidance to Division I institutions conducting their periodic self-studies. During his first stint at the NCAA office, Gill worked as a membership services representative.

Between his time at the NCAA office, Gill was an Assistant Director of Athletics at Vanderbilt University, working with the director of athletics to implement the annual planning process to help 16 athletics teams achieve their academic and competitive goals. He worked with the National Commodore Club and the major gifts, media relations and marketing staffs and the athletics committee as a part of the Vanderbilt Board of Trustees.

A 1994 graduate of Duke University with a bachelor’s degree in history and sociology, the Orlando, Fla., native was a four-year letterman in football. He received a Master's Degree from Oklahoma in 2006.

WHAT THEY ARE SAYING:
Bernadette V. McGlade, Atlantic 10 Conference Commissioner
“Keith Gill has been an exceptional part of the A-10 team.  His leadership, experience and exceptional dedication are some of his finest qualities!  On behalf of the Atlantic 10 Conference I thank Keith for his service and have no doubt that he will be an asset to the Sun Belt Conference, continuing to build success for the conference in the future.”

Joe Castiglione, University of Oklahoma Director of Athletics
“Congratulations to the leadership of the Sun Belt Conference on selecting Keith Gill as their new Commissioner.  Simply put, they clearly and strategically positioned the league for continued success. Keith has always been very intentional about his preparation to lead from his days as a student-athlete at Duke through his professional journey at Vanderbilt, the NCAA, Oklahoma, American University, Richmond and the Atlantic-10 Conference.  Knowing his engaging communication style and big-picture thinking ability, his experiences have prepared him well to serve all the key stakeholders of the conference membership while building on the transformational vision and growth authored by his predecessor, the highly regarded Karl Benson.  I look forward to watching the great days ahead for the Sun Belt Conference.”

Mark Emmert, NCAA President
“In choosing Keith Gill as the new Sun Belt Commissioner the conference presidents have made an excellent decision.  Keith has established himself as a national leader in college athletics and will bring to the Sun Belt a wealth of knowledge, talent, and leadership. His work on campuses, conference offices, the NCAA national office, and leadership of the Division I Council all give him a remarkable background for this position.”

Bill Hancock, College Football Playoff Executive Director
"I have enjoyed knowing Keith since our days together in the NCAA national office.  He is a bright, energetic and savvy veteran of our business who will be yet another great leader for the Sun Belt, following in the footsteps of Vic Bubas, Jim Lessig, Craig Thompson, Wright Waters and Karl Benson.  And I look forward to working with Keith again, in his role as a member of the College Football Playoff management committee."

Greg Sankey, Southeastern Conference Commissioner
“Keith Gill is an outstanding leader and an even better person who will continue moving the Sun Belt Conference in to the future. His experience leading athletics departments, working on campuses in several conferences, and serving in the NCAA national office provide Keith with a depth of knowledge, experience and relationships that will benefit every Sun Belt member. I look forward to working with Keith and congratulate the Sun Belt Conference on selecting Keith Gill as its sixth commissioner.”