Cory Booker: I will have a woman running mate 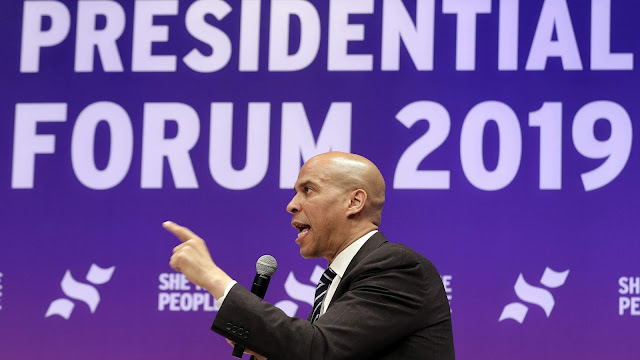 U.S. Sen. Cory Booker promised that he would choose a woman as the vice presidential candidate on his ticket if he wins the Democratic nomination for president.

“I will have a woman running mate,” Booker, D-N.J., said at a presidential forum in Houston sponsored by She the People, a national network of women of color. “To me, it’s really clear that we do that.”

Booker was responding to a question asked at the event, which also attracted several other 2020 Democratic presidential hopefuls.

He previously said he would consider having a woman in the No. 2 slot on the ticket, but this is the first time he specifically committed to choosing a female vice-presidential nominee.