Bolden: where The Music Began in theaters today! 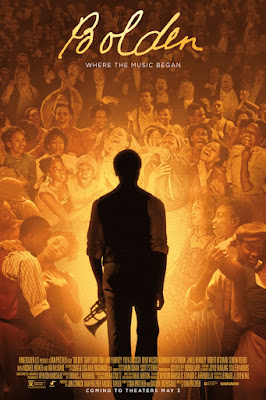 BOLDEN, is drama directed by Dan Pritzker, imagines the compelling, powerful and tragic journey of Buddy Bolden, the unsung American hero who invented Jazz. With little biographical information known and no found recordings of his music, the film’s narrative composes fragmented memories of his past, against the political and social context in which his revolutionary music was conceived.

Not just content to handle al of the musical duties associated with the film, Wynton Marsalis is also an executive producer on the film.

For a complete list of the cities BOLDEN is playing in click here: BOLDEN Cities and Showtimes

WATCH THE TRAILER
Posted by Councilman George L. Cook III at 4:24 AM