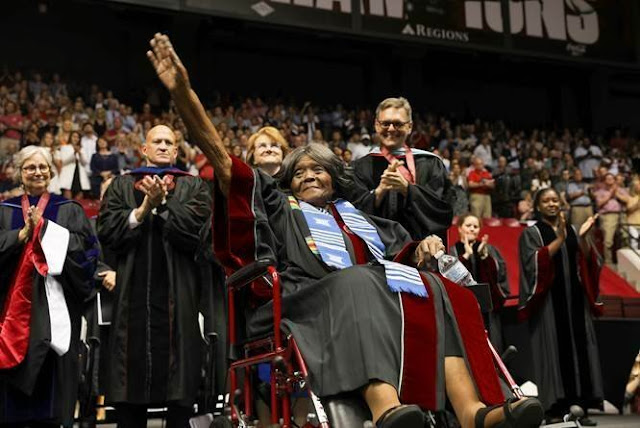 Autherine Lucy Foster was denied admission to the University of Alabama in 1952 and became the first African American to be enrolled at the university for only three days in 1956. Foster was removed from classes after three days because of rioting and threats on her life.

Today the University of Alabama was awarded the 89-year-old Foster an honorary degree. Foster did receive a degree from Alabama 35 years later in 1991 earning her masters degree in education. The difference being that this time her family was there to see her receive her second.