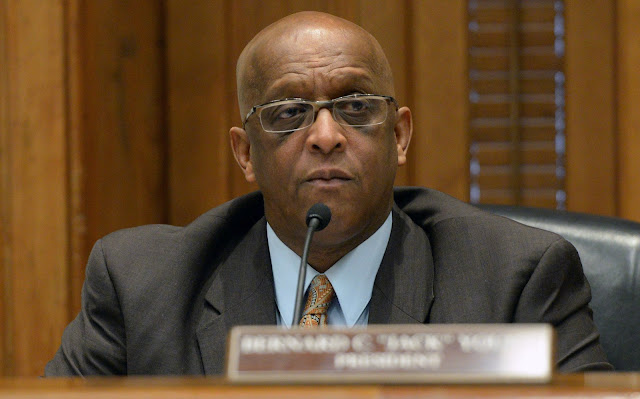 Baltimore's new mayor has vowed to clean up the city after being thrust into office by his predecessor's resignation amid corruption investigations, but he inherits serious, longstanding problems that have plagued previous administrations.

Bernard "Jack" Young, a longtime leader of the City Council, says he intends to serve only the remainder of former Mayor Catherine Pugh's term and has no interest in running for mayor in 2020. If the Democrat doesn't change his mind, his tenure would last just 1 ½ years.

Young had been Baltimore's interim leader since April 2, when Pugh departed on an indefinite leave for what her lawyer has said was poor health after a bout of pneumonia. Pugh stepped down a month later, mired in a scandal that's put her in the crosshairs of federal, state and city investigators trying to unravel the murky financial arrangements of her self-published children's books.

In a phone interview, Young told The Associated Press he's ready to make changes and is focused on reducing one of the country's highest rates of violent crime and tidying up the city's streets. He aims to bring more investments and jobs, particularly to its most deeply disenfranchised neighborhoods.

"I'm determined to make a dent. I'm not a placeholder — I'm the mayor now. And I'm going to run the city like the mayor," Young said from Detroit, where's he's attending a conference about economic development before his return to Baltimore over the weekend.