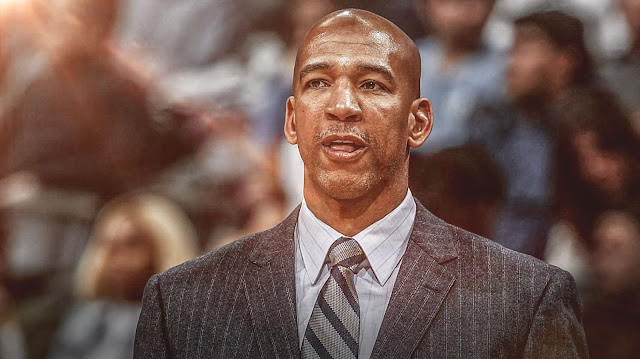 The Phoenix Suns have agreed to terms with Monty Williams to become the team’s new head coach. An experienced NBA head coach, Williams is currently serving as an assistant coach with the Philadelphia 76ers in the NBA Playoffs and will begin his duties as Suns head coach following the conclusion of the 76ers’ season.

“I am thrilled to welcome Monty Williams to the Suns family as our next head coach,” said Suns General Manager James Jones. “Monty brings a wealth of NBA experience, both as a coach and former player, in addition to being a high-character individual who will infuse basketball wisdom and life lessons into our locker room. Monty is well respected for his coaching pedigree, leadership and commitment to the community, all of which make him the ideal person to lead our team moving forward.”

Williams, 47, spent five seasons as head coach of the New Orleans Hornets/Pelicans from 2010-2015, leading the team to two postseason appearances. In his first season, the Hornets won 46 games and Williams was the Western Conference Coach of the Month for January 2011 as he led New Orleans’ return to the playoffs after missing them the season before his arrival. Following the departure of All-NBA guard Chris Paul prior to the 2011-12 season, Williams oversaw the growth and development of one of the league’s youngest rosters, increasing the team’s win total in three straight seasons culminating in 45 wins in 2014-15 to lead New Orleans back to the playoffs.

In addition to his five seasons as an NBA head coach, Williams has totaled seven seasons as an assistant coach, two seasons in a front office role, one season as a coaching intern and nine seasons as a player, giving him 24 years of NBA experience since first being drafted in 1994. Currently, Williams is completing his first season as an assistant coach with the 76ers, who went 51-31 and are facing the Toronto Raptors in the Eastern Conference Semifinals. Williams served as associate head coach for the Oklahoma City Thunder in 2015-16, contributing to the Thunder’s trip to the Western Conference Finals, and spent five seasons as an assistant coach with the Portland Trail Blazers from 2005-2010, a stint that included two playoff berths. He got his start in coaching as a coaching intern with the San Antonio Spurs for the 2004-05 season when the team won an NBA Championship. Before returning to the bench this season, Williams spent two seasons in the Spurs’ front office as vice president of basketball operations from 2016-2018.

Williams also served as one of three assistant coaches for the USA Basketball Men’s National Team from 2013-2016. As a member of Mike Krzyzewski’s staff, Williams assisted the USA to a perfect overall record of 26-0, including gold-medal finishes at the 2014 FIBA World Cup in Spain and the 2016 Olympic Games in Brazil.

Recognized as a revered friend and role model to many in the basketball community and beyond, at the 2017 NBA Awards, Williams was the recipient of the inaugural Sager Strong Award, an honor named for iconic Turner Sports sideline reporter Craig Sager presented annually to an individual who has been a trailblazer while exemplifying courage, faith, compassion and grace.

Williams was a nine-year NBA veteran as a player, averaging 6.3 points in 456 career games with New York, San Antonio, Denver, Orlando and Philadelphia. His best season came with the Spurs in 1996-97 when he averaged a career-high 9.0 points plus 3.2 rebounds and 1.4 assists. The 24th overall pick in the first round of the 1994 NBA Draft by the Knicks, Williams’ NBA career began after he earned honorable mention All-America honors at the University of Notre Dame for his senior season in 1993-94 when he averaged 22.4 points and 8.4 rebounds. Born in Fredericksburg, Virginia, Williams starred at Potomac High School in Oxon Hill, Maryland before heading to Notre Dame where he earned a degree in the school’s College of Arts and Letters, majoring in communications and theatre.