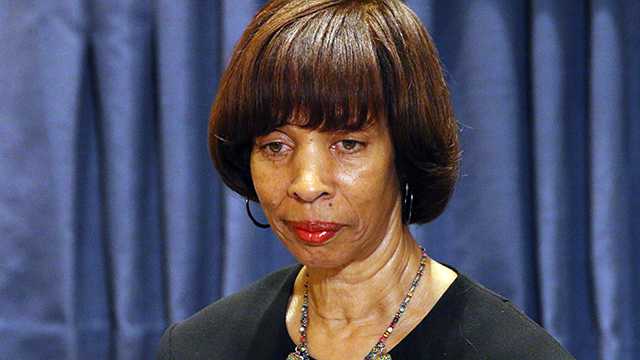 After weeks of growing pleas for her to step down, Baltimore Mayor Catherine Pugh has resigned, her attorney said Thursday.

"I am sorry for the harm that I have caused to the image of the city of Baltimore and the credibility of the office of the mayor," she said in a letter read by her lawyer Steve Silverman.

"Baltimore deserves a mayor who can move our great city forward," the statement continued. Pugh, who has been suffering from health issues, did not appear at the press conference with her attorney.

Pugh, a Democrat, is under investigation for alleged "self-dealing" in connection to the sale of thousands of copies of a self-published children's book series. Many of those sales went to entities that she had influence over or that sought to do business with the city.

In recent weeks, federal agents raided her two homes, her City Hall office and other locations. She has been on an indefinite paid leave of absence from her job as Baltimore's top elected official since April 1, citing health reasons.

Maryland's Office of State Prosecutor and the city's ethics board have launched probes into whether any laws or ethics rules have been violated.

At this time, no local, state, or federal authorities have charged her with any crime.