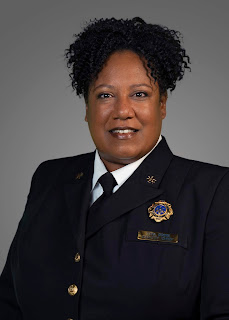 The Oregonian/OregonLive reported Thursday that Sara Boone was announced as the new head of the Portland Fire & Rescue department Thursday.

Boone became the city’s first African American woman firefighter in 1995 before rising through the ranks to division chief leading medical services and training.

Boone says in a statement that her “mission has always been caring for the city where I was raised.”

Hardesty says Boone impressed an interview panel with “her commitment to community, her technical knowledge, her passion for the fire service and her leadership style.”