Howard University Appoints Andrea D. Jackson As Dean of The College of Dentistry 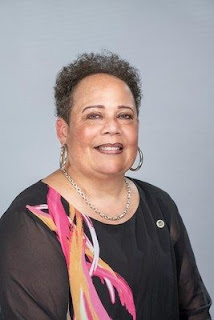 Howard University has elevated Andrea D. Jackson, DDS, as dean of the College of Dentistry where she had been serving as interim dean since July 2018.

"It is a great honor and I am proud to serve as dean of the Howard University College of Dentistry," said Dr. Jackson. "Our college has trained more African-American dentists than any other dental school in the United States."

Through more than 30 years of service at Howard University, Dr. Jackson has served in positions of increasing responsibility at the college including most recently as interim dean, associate dean of clinical affairs and professor and chair of the Department of Prosthodontics.

"As interim dean, Dr. Jackson has performed admirably, and gained the trust and confidence of faculty, students, and staff alike," said Howard University President Wayne A. I. Frederick . "We congratulate Dean Jackson as she assumes this new role of leadership for the College of Dentistry."

Howard University College of Dentistry is the nation's fifth oldest dental school and one of only two HBCU dental schools in the nation. It serves as the only dental college in the District of Columbia.

A bachelor's degree or three or more years of undergraduate education with the necessary pre-requisites is required for admission to dental school. The pre-doctoral dental program is four years, which is required to graduate and become a general dentist. Howard University awards the DDS (Doctor of Dental Surgery) degree at the end of its four-year program.

Founded in 1867, Howard University is a private, research university that is comprised of 13 schools and colleges. Students pursue studies in more than 120 areas leading to undergraduate, graduate and professional degrees. The University operates with a commitment to Excellence in Truth and Service and has produced four Rhodes Scholars, 11 Truman Scholars, two Marshall Scholars, one Schwarzman Scholar, over 70 Fulbright Scholars and 22 Pickering Fellows. Howard also produces more on-campus African-American Ph.D. recipients than any other university in the United States. For more information on Howard University visit www.howard.edu