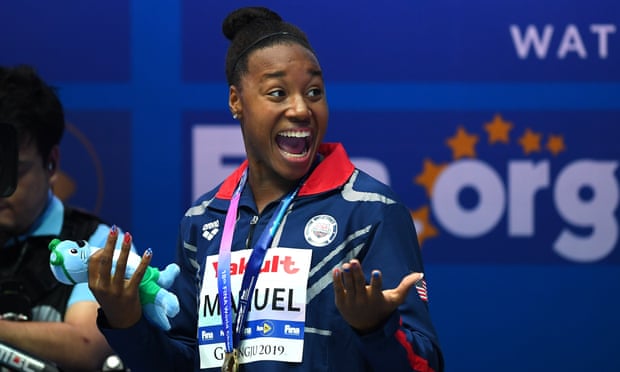 After becoming the first American woman in history to sweep the 50 and 100 free at the FINA World Aquatics Championships Sunday, and then anchoring world record on the women’s 4×100 medley relay, Simone Manuel completed the most decorated performance by a woman in Worlds history by winning seven total medals.

With Sunday’s relay finish, Manuel ties Missy Franklin in medal count (16) and now trails only Katie Ledecky in medal caliber, but American Natalie Coughlin and Sweden’s Sarah Sjostrom are also ahead of her in overall count with 20 and 17, respectively.