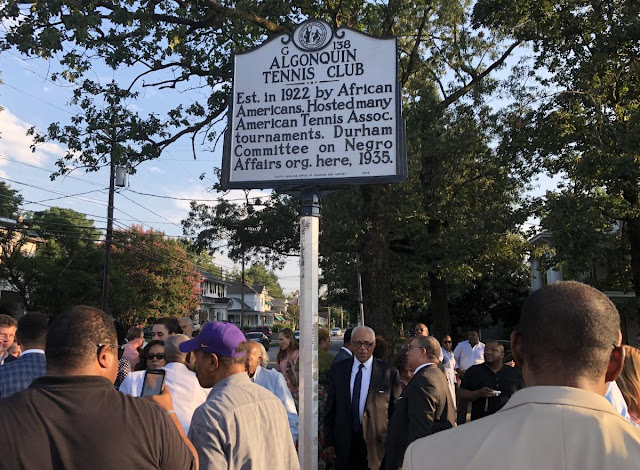 A tennis club for African American players that hosted International Tennis Hall of Famers Althea Gibson and Arthur Ashe is being honored with a historic marker.

The North Carolina Highway Historical Marker will be dedicated Thursday at the site of the Algonquin Tennis Club, which was created in 1922 by the American Tennis Association. The association was formed to support African American players who were then banned from the U.S. Lawn Tennis Association.

The members met in private homes for 12 years before the Algonquin Tennis Club House was purchased in 1934.

The club closed in 1964, and its historic clubhouse burned down several years later. The ceremony will be held at the W.D. Hill Recreation Center, located in the same area.

Posted by Councilman George L. Cook III at 7:35 AM