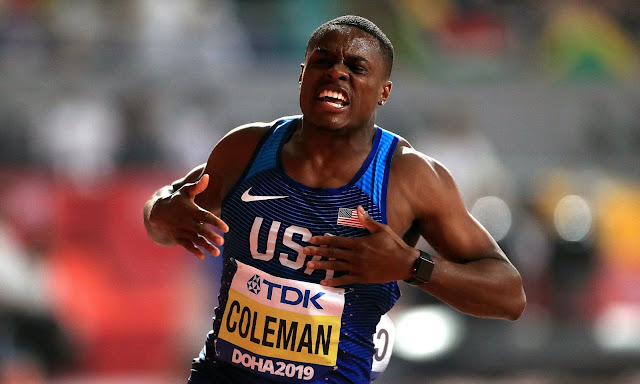 At the 2019 IAAF (International Association of Athletics Federations) World Championships in Qatar , American Christian Coleman dominated the 100m to underscore his ambitions to stake claim to the ‘world’s fastest man’ title in the post-Usain Bolt era.

Coleman ran the race in 9.76 in his winning performance at Khalifa Stadium tonight. In World Championships history, only Bolt’s legendary 9.58 world record at the 2009 edition in Berlin has been faster.

“I've been blessed with incredible talent and tonight I was able to show it,” said Coleman, who knocked 0.03 from the career best he set in the Diamond League final in Brussels last year.

He was out fast, built a visible lead by 30 metres and by 60, already seemed uncatchable in his quest to improve upon his runner-up finish in London two years ago, where he relegated Bolt to bronze in the Jamaican’s final 100m race.

“I usually have a good start but I don't follow it up with execution, so I've been working on my drive phase and being patient. Tonight it all paid off.”

“Last time it was a surprise when I won silver but this time there was a lot of pressure, but I managed to come out with gold.”