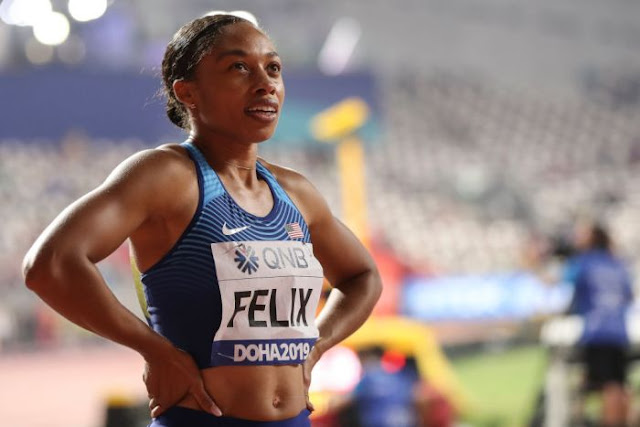 Allyson Felix‘s first gold medal as a mom came with this added significance, too — she broke her tie with Usain Bolt for the most gold medals in world championships history with 12.

“So special, to have my daughter here watching means the world to me,” Felix told Lewis Johnson on NBCSN. “It’s been a crazy year for me.”

Felix, 33 and the most decorated female track and field athlete at the Olympics with nine medals among four Games, was part of the winning U.S. quartet in the first world championships mixed-gender 4x400m relay, an event that makes its Olympic debut next year. She split 50.4 seconds.