Elijah Cummings to lie in state at US Capitol 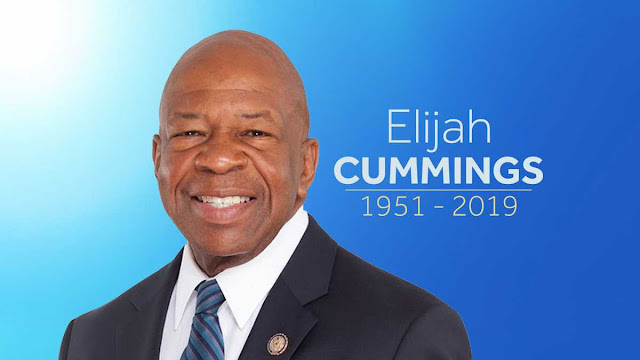 On Friday, Speaker Nancy Pelosi announced that Cummings will lie in state in National Statuary Hall in the United States Capitol on Oct. 24.

A formal memorial ceremony for members of Congress, the Cummings family and invited guests will be held Thursday morning, followed by a public viewing, House Speaker Nancy Pelosi said. More details will be announced later.

“In the House, Elijah was our North Star. He was a leader of towering character and integrity, whose stirring voice and steadfast values pushed the Congress and country to rise always to a higher purpose. His principled leadership as chair of the committee on Oversight and Reform was the perfect testament to his commitment to restoring honesty and honor to government, and leaves a powerful legacy for years to come," Pelosi said.

Cummings will be laid to rest next week. Funeral services will take place Oct. 25 at the New Psalmist Baptist Church in Baltimore. A viewing will begin at 8 a.m. following with the service at 10 a.m.