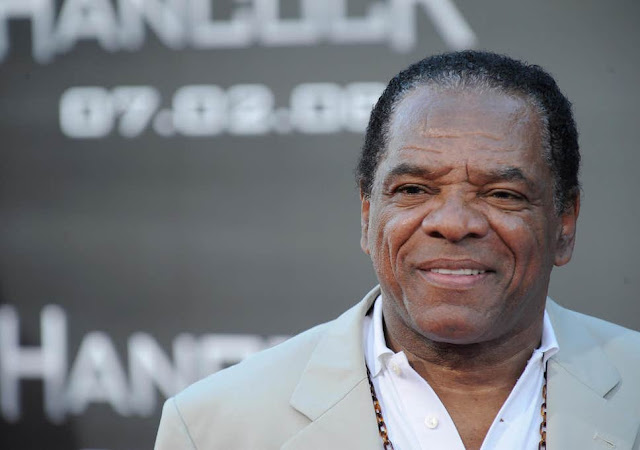 John Witherspoon, a prolific character actor best known for a run of comedic turns in acclaimed films and cult classics like “Hollywood Shuffle” and the “Friday” franchise, died Tuesday in his Sherman Oaks home. He was 77.

It is with deep sadness we have to tweet this, but our husband & father John Witherspoon has passed away. He was a Legend in the entertainment industry, and a father figure to all who watched him over the years. We love you “POPS” always & forever.

Born John Weatherspoon in Detroit (he changed his name to Witherspoon later) in 1942, he began his career in the 1960s, performing as an actor, comedian and occasional model. He made his television debut in 1970 on an episode of “Barnaby Jones,” and later in the decade appeared on episodes of “Good Times,” “What’s Happening!!” and “The Incredible Hulk,” as well as “The Richard Pryor Show.” Other television appearances include “WKRP in Cincinnati,” “St. Elsewhere,” “L.A. Law.”

During the 1980s, Witherspoon became closely associated with the rise in television shows created by and featuring African American performers, with appearances on “227,” “What’s Happening Now!!,” “Amen,” as well as “Living Single.” He had a major role on the 1995-1998 sitcom “The Wayans Bros.,” portraying the main characters’ father. On movie screens, Witherspoon’s other film credits include classics like “I’m Gonna Get You Sucka,” “The Five Heartbeats,” “The Meteor Man,” and “Vampire in Brooklyn,” and he most notably appeared as Willie Jones in all three “Friday Films.”