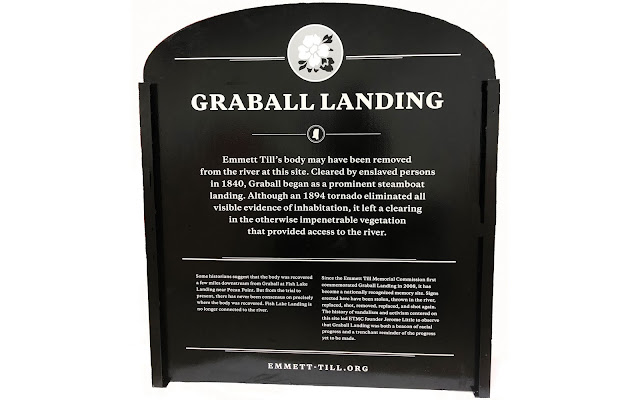 A new bulletproof memorial to Emmett Till was dedicated Saturday in Mississippi after previous historical markers were repeatedly vandalized.

Members of Till's family, including two of Till's cousins, attended the ceremony at the site where the teen's body was pulled from the Tallahatchie River.

This is the fourth historical marker at the site. Previous ones became a target for vandals.

The first historical marker was placed in 2008. Someone tossed it in the river. The second and third signs were shot at and left riddled with bullet holes.

A new, bulletproof memorial for Emmett Till was erected on the shore of the Tallahatchie River today, after vandals’ repeated attempts to erase his memory here. pic.twitter.com/25hTobCfWl