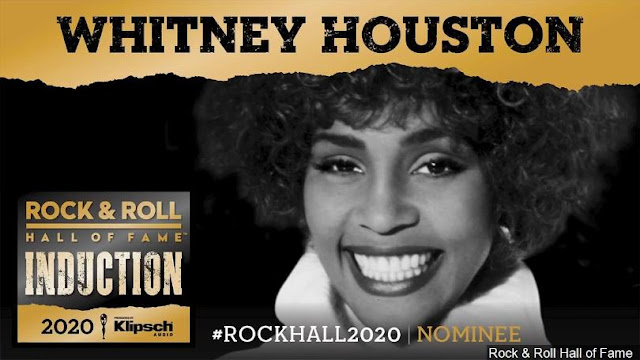 Sixteen musical artists have the chance to go into the Rock and Roll Hall of Fame's class of 2020. Among those 16 artist are the late Whitney Houston and the late Notorious B.I.G.

Fans can now vote for their top five favorite artists on the list here: Rock & Roll Hall Of fame Voting

The official inductee ceremony will take place May 2, 2020, at the Public Auditorium in Cleveland, Ohio. An "induction week" to celebrate the hall of fame newbies will precede the grand ceremony.

The nominees are selected by a nominating committee and sent to "1,000 historians, members of the music industry and artists—including every living Rock Hall inductee—and the five performers receiving the most votes become that year's induction class."