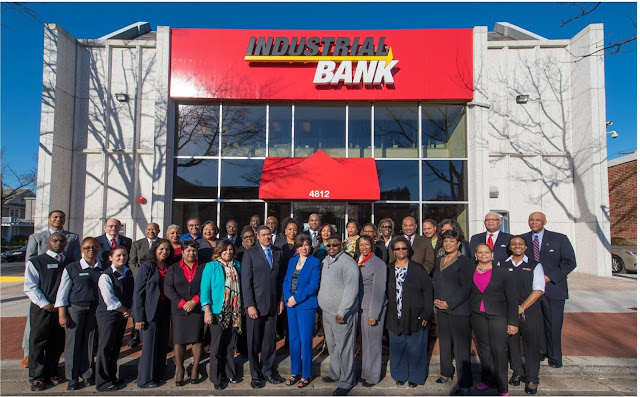 Since 1934, Industrial Bank has played a pivotal role in the growth and economic development of the Washington, DC metropolitan area through its essential products and services, customer care and community service. Today, the Bank announced it has acquired City National Bank of New Jersey, with two branches in New Jersey and one branch in Harlem, New York.

“We’re excited about welcoming City National Bank’s customers and teammates to the Industrial Bank family.” stated Industrial Bank President and CEO B. Doyle Mitchell, Jr.. “This acquisition will allow us to expand our footprint into the northeast region and deepen our commitment to impacting economic development in various communities”.

Much like Industrial Bank, City National Bank was started to fill a great economic void within the African American community whose access to credit and banking services was historically limited. We consider this more of a partnership than an acquisition as we have enjoyed a long-standing relationship with City National Bank and its great team of bankers who share our common values and commitment to community service.

On top of loan awards and financial services, as a Community Development Financial Institution (CDFI), Industrial Bank reinvests over 60% of its assets back into the community every year and continues to activate and support community programs. Bank President B. Doyle Mitchell, Jr., as did his father and grandfather before him, still believes in the importance and power of financial education, entrepreneurship and homeownership.

On August 20th, Industrial Bank celebrated its 85th anniversary and remains committed to giving back to any community that it calls home.

ABOUT INDUSTRIAL BANK: Industrial Bank is one of the largest African American owned banks in the United States. Since 1934, Industrial Bank has been a strong partner for small and large businesses, homeowners, and personal banking account customers in the Washington, DC and surrounding metropolitan areas.>/p>