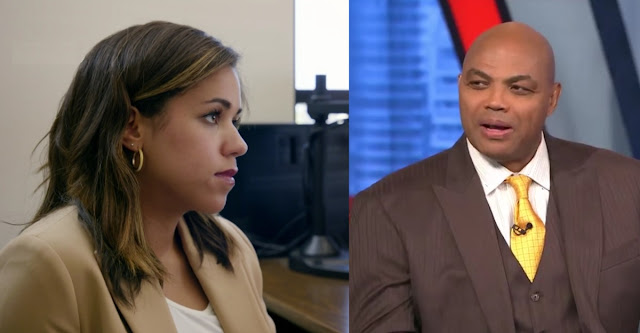 Axios political reporter Alexi McCammond made it known via Twitter that during an off the record discussion about politics that NBA great Charles Barkley had made a very inappropriate comment about hitting women to her.

Just FYI Charles Barkley told me tonight “I don’t hit women but if I did I would hit you,” and then when I objected to that he told me I “couldn’t take a joke.”

Charles Barkley has issued an apology for his comments to the Axios political reporte through the Turner Sports Pr Department:

Statement on behalf of Charles Barkley in response to tweet by Axios reporter Alexi McCammond:

“My comment was inappropriate and unacceptable. It was an attempted joke that wasn’t funny at all. There’s no excuse for it and I apologize.”