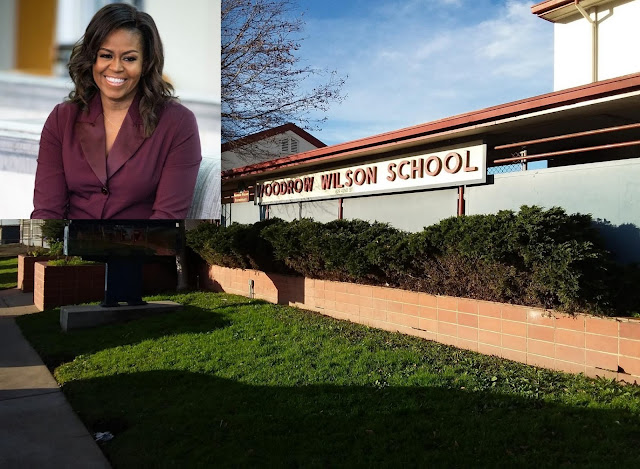 The Woodrow Wilson Elementary School in Northern California will close for extensive renovations and open next year as Michelle Obama Elementary.

“We have the opportunity to have a beautiful new school named after a person who really represents our diversity and values," Claudia Velez, the school's principal, told CNN on Thursday.

The proposal was approved in a unanimous vote by the West Contra Costa Unified School District Board.

Officials at the California elementary school to be named after Obama said the first African American first lady has been a role model for students.

"Our school is diverse, modern and innovative, and the things that the kids will be doing will prepare them for a very strong and successful future in whatever career they choose," Velez said.

This isn’t the first school to be named after the former first lady. There’s already a Michelle Obama Elementary School in Panorama City, Calif., as well as a Michelle Obama School of Technology and the Arts in Park Forest, Ill.