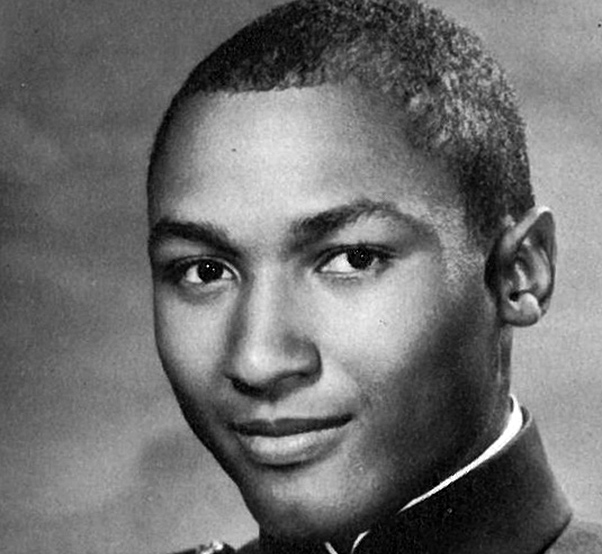 Charles Vernon Bush was the first African American to graduate, in 1963, from the U.S. Air Force Academy in Colorado Springs, Colo.

Bush entered the Academy with two African American classmates, reporting as a cadet in June 1959.

Even before entering the Academy, Bush was making history. In 1954, he was selected by Chief Justice of the U.S. Supreme Court Earl Warren for appointment as the first African American page of the court.

Having received academic course credits from Howard University, Bush was accepted into a special joint Academy/Georgetown University master’s program, commencing with graduate courses in his senior year, which included his oral comprehensives in the Russian language. Graduating with a Bachelor of Science degree in 1963, Bush received his Master of Arts degree in International Relations from Georgetown University in June 1964, and was inducted into the Georgetown chapter of Pi Sigma Alpha, the National Political Science Honor Society.

He then attended Air Intelligence Officers School, and served at Westover Air Force Base, Mass., where, among his other activities, he taught undergraduate political science courses at American International College. After becoming fluent in the Vietnamese language at Sanz Language School in Washington, D.C., he was assigned to Vietnam in 1967 as an intelligence officer.

In Vietnam, he was responsible for the deployment and operations of six intelligence teams operating from a number of sites, including Saigon, Bien Hoa, Nha Trang, Pleiku, Da Nang and Can Tho. The teams were involved with significant intelligence operations, particularly involving the attack on Tan Son Nhut Air Base during the Tet Offensive of 1968, and the defense of the Marines and South Vietnamese at the Battle of Khe Sanh.

Returning to the United States in May 1968, Bush was again assigned to Headquarters Air Force Special Projects Production Facility, at Westover AFB, Mass., as chief of the technical analysis division. He resumed teaching political science courses at American International College. In 1970, Bush resigned his commission and then attended Harvard Business School, majoring in finance. Bush received many accolades in both his military and civilian careers. While in the Air Force, he received the Bronze Star Medal, Joint Services Commendation Medal, Air Force Commendation Medal with one oak leaf cluster, and the Air Force Outstanding Unit Award.

Then-Academy commandant, Lt. Gen. Mike Gould, said “A member of the Class of 1963 and the first African-American graduate, Mr. Bush’s courage and commitment to enhancing diversity in the United States military will pay itself forward for many generations.” Gould continued, “The Academy family is truly proud to call Mr. Chuck Bush one of our own.”