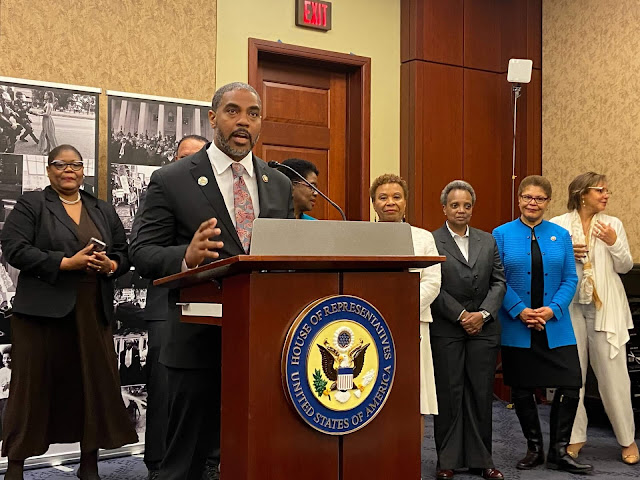 "The Congressional Black Caucus is appalled by President Trump’s proposed budget, which includes callous cuts to social safety net and healthcare programs in exchange for increased defense spending and a border wall. This is from a President representing a “fiscally conservative” party while adding almost $1 trillion in deficit spending.

By targeting the social safety net and healthcare, the President has singled out programs designed to provide support for American families in the greatest need. The President’s proposed budget would cut healthcare spending, including Medicare, Medicaid, and the Children’s Health Insurance Program, by $844 billion. His budget would also cut SNAP (formerly known as food stamps) by $182 billion, and cut social security disability benefits by $70 billion. In addition to significantly slashing the budget for these programs, President Trump intends to make access to these programs harder, which will disproportionately affect the minority communities who access these programs.

Other disastrous cuts include a 9% decrease to the Center for Disease Control and Prevention in the middle of a global Coronavirus outbreak, leaving low income communities in America the most vulnerable.

While Americans will lose out on critical economic, social, and healthcare support, the President’s budget depends on unrealistic economic predictions to make ends meet. So, what can we be sure of? President Trump’s budget will lead to higher deficits, a weaker economy, and a widening wealth gap.

President Trump has shown Black America once again that we are not his priority. The Congressional Black Caucus vehemently opposes this budget and will fight for policies and programs that improve the lives of hard working Americans by closing the wealth gap, instead of increasing it."

Hes still not the problem! All of you are though. You keep supporting a system made to destroy us. Too many cowards to be home of the brave!We should do our duty and replace all of them. Blame yourselves for being foolish and cowardly!